Smart vs. Dumb: The GrowNOW Misconception Series Part I 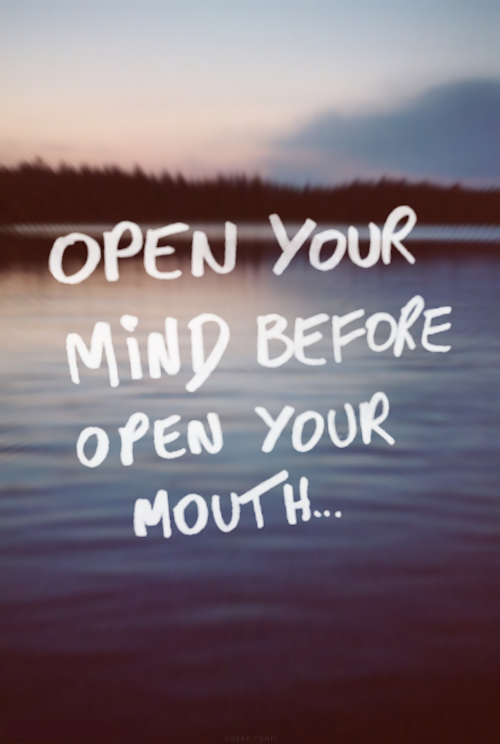 Despite all of the new programs put in place to prevent it…bullying, criticism, hate, and insults are at an all-time high.

There is simply more opportunity to do it than ever before.

The haters are everywhere, and thanks to social media and the internet, they are now able to do it “anonymously” and faceless.

Like I stated in my previous post, people today have more of a platform than ever before to voice their thoughts and opinions. Everyday, people post their opinions on the internet for thousands of people to see, while unconsciously creating a digital footprint for themselves.

And what is the easiest thing to post about?

Take a step back and really analyze the people around you when you get a chance. How do strangers, co-workers, classmates, and acquaintances bond and break the “awkward silence?”

It is simply one of the easiest things to do. Being negative is EASY. Complaining is easy to do!

Insults are being thrown about at an all-time high.

One common word you will hear is one that really sums itself up with it’s meaning….dumb.

If you were to ask some people what “dumb” meant, I believe most of them would say something along the lines of “the opposite of smart.”

It is popular and traditional belief that this world consists of two types of people: smart and dumb.

For Part I of the GrowNOW Misconception Series, I would like to say…THIS BELIEF IS DUMB!

I totally disagree with this notion and I think you should too. I think it is an uneducated and ignorant way of thinking that does not lead to positive behavior or caring compassionate relationships, especially in schools and the workplace.

I am here to say that there are NO smart people and there are NO dumb people. I think that is an inefficient way to labeling people.

Instead of Smart and Dumb, lets look at FOCUSED and DISTRACTED.

Smart people were not born smart, were they? No they were not. They EARNED IT. They managed their time well. They took learning seriously. They LOVED learning. Instead of spending their time playing video games, watching tv, reading gossip magazines, doing drugs, most likely they took their time in school seriously. It was their DESIRE to learn and get good grades. When they came home from class did they sit on the couch? No they did their homework with caring detail.

These people simply wanted to GROW. They are FOCUSED in life. They enjoy gaining skills and working toward mastery. They know we should grow each day, and attaining wisdom makes that happen.

And it is very important for us all the realize, there are NO dumb people. These people who have been labeled as “dumb” simply have not put in the work that the smart people have. They are DISTRACTED. They do not leave their comfort zone to try and GROW.

Instead of reading or researching, these people watch tv, play video games, and relish in activities that do not grow the brain.

Have you ever heard someone say something like, “Oh I am just dumb at Math, thats just not my subject.”

NO. You just don’t like it. You’re not dumb at it! You just refuse to put in the work to LEARN IT!

Calling people smart or dumb is just that….dumb. I believe using those labels on individuals makes you sound uneducated and immature.

It is simply a matter of life choices.

Do you conquer your day? Do you do the necessary work to expand the mind and GrowNOW?

Or do you find yourself on the lonely island knows as The Comfort Zone?

And yes, if you’ve taken in this information, you may have realized that you have the ability to CHANGE.

If you have been labeled as “dumb” by a group of moronic peers, you have the ability to change your actions so that you can be viewed as “smart.”

You simply need to step out of your comfort zone, and DO THE WORK. Focus on school, do the research, and do the work to gain confidence, competence, and mastery.

You have the ability to become FOCUSED, HARD-WORKING, and AMBITIOUS…….TODAY!

Make the right choices and #GrowNOW.